CANDIS Smart Field Suggestions for you as a Requester or Approver

Written by René Wasmuß
Updated over a week ago

With CANDIS Smart Field Suggestions we use your data from the past to make your work easier with intelligent and suitable suggestions.

The CANDIS Smart Field Suggestions are working differently for Requesters and Approvers.

How are the suggestions created?

After a maximum of seven documents of the same supplier, which have been processed in the same CANDIS organization, CANDIS creates the first suggestions. For this purpose, we evaluate the last seven entries of:

If these last seven inputs were not identical, CANDIS uses the values which were at least 70 % identical.

It does not matter which team member processed the documents. CANDIS evaluates the inputs based on the entire organization.

Can I deactivate the Smart Field Suggestions?

You can simply disable them in the settings. 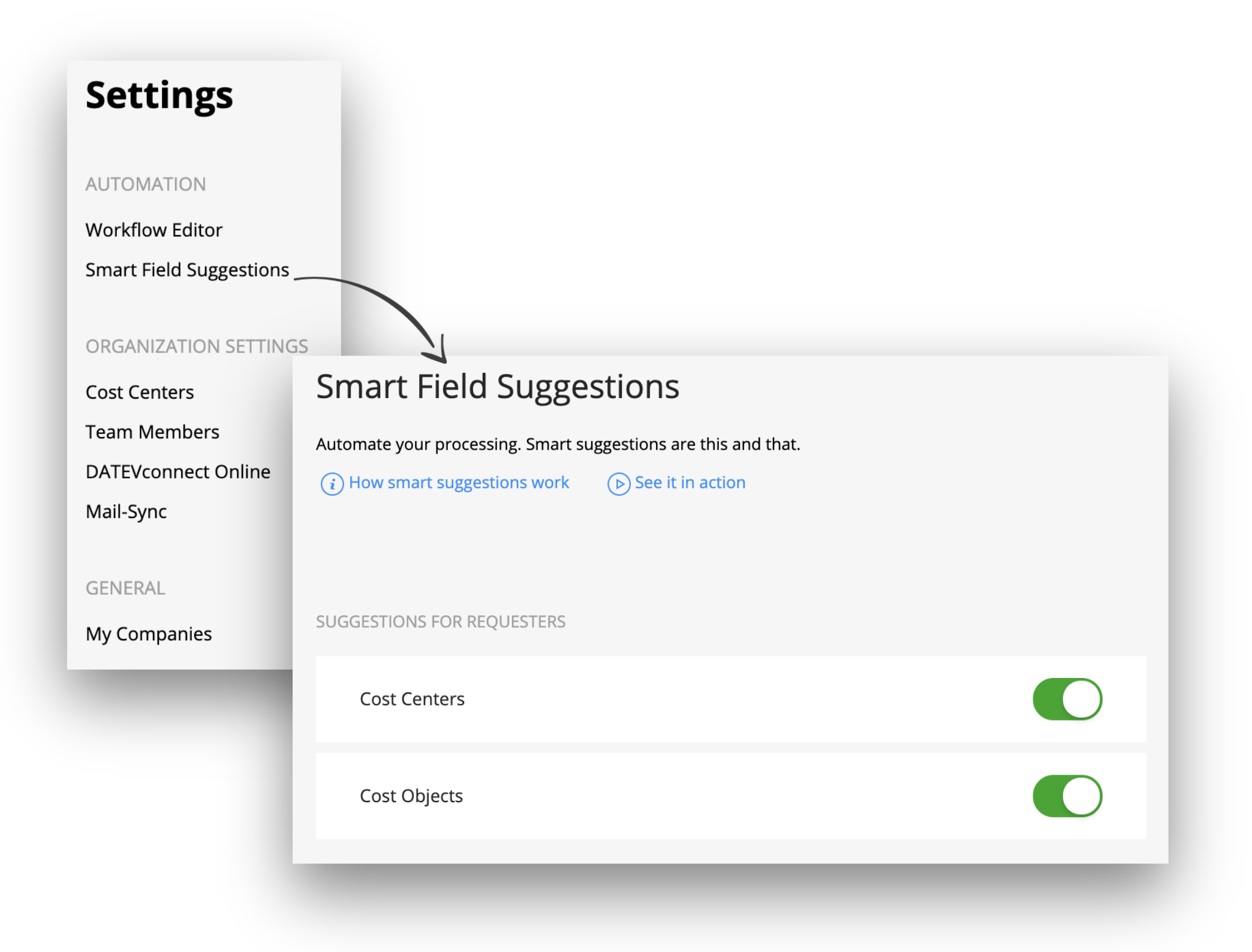 Also, if you delete the suggested values from CANDIS three times in a row, we deactivate the function automatically. However, it can be activated again at any time in the settings.

The Smart Field Suggestions for the Cost Centers and Cost Objects are created individually based on the past decisions made by each Approver.

Because of that CANDIS is able to suggest each approver an individual Cost Center/Cost Object e.g. based on the department the user is working for. Sot that the Cost Center Suggestions from the Marketing department and the HR department won't mix up.