Documents are ready for an approval process in 'Processing' - what to do next?

Written by Timo Kretschmer
Updated over a week ago

Starting an approval process can basically be divided into the following three tasks:

If you have the authorization level of either the requester or the administrator, you can request Approvals from the respective colleagues for the uploaded documents.

After invoices have been successfully imported you will find them again in the "Processing" view. 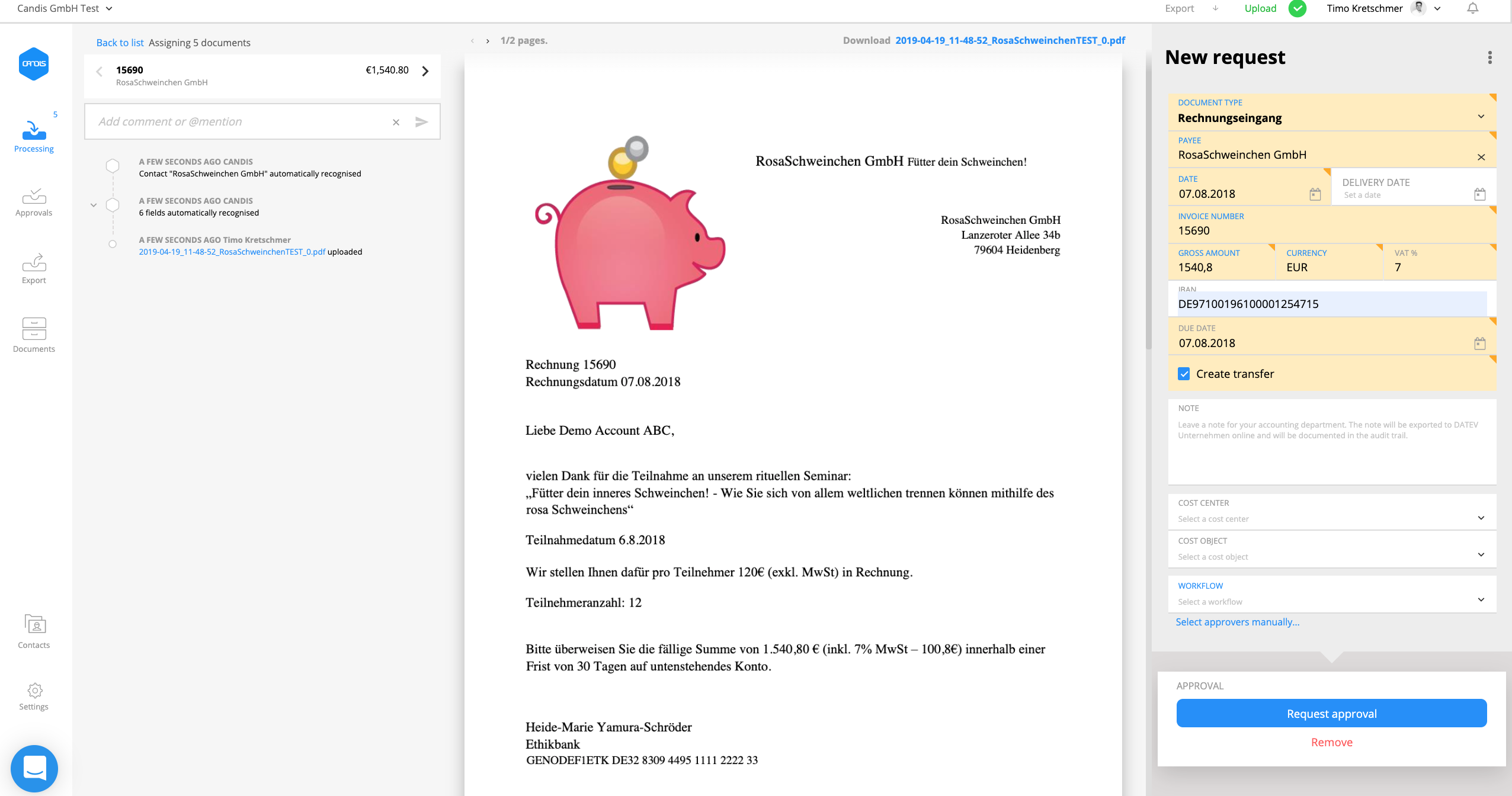 Our OCR (text recognition) immediately begins to extract the information contained in the document. Missing document data can be easily added using the input menu on the right.

The so-called "Confidence Scores" show how secure CANDIS is in reading the invoice.

Green = safe > was already accepted in the past without any changes

yellow = please check again > has already been changed in the past

If the invoice you are requesting is the first from this supplier, you must create a new contact - if this is not done, no request for approval will be possible.

If you can not yet find the vendor of the invoice to be released via the input mask, you must create a new contact. To do this, click on the "Add contact" button. 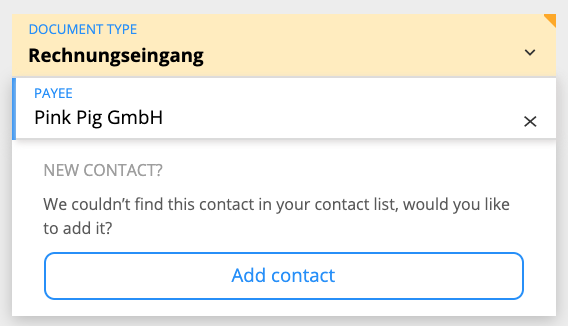 In addition to the payee name, we also maintain further information - the metadata - such as the IBAN, tax number and the VAT ID No. This makes it possible, for example, to separate suppliers with several locations and different bank connections.

Please note that when creating the contact, the supplier is not assigned the company's own metadata. If, for example, there are several business partners with the same IBAN, CANDIS will be less accurate in assigning contacts!

The contact is now created via "Save contact" and can also be found in the menu item "Contacts".

Once all the document data has been entered, you must select the Approver(s).

If only one person has to release the invoice, select only a first release step and ignore further steps.

The approver is authorized to release an invoice if more than one person is selected in a release step. The approver is ultimately the person who first approves or rejects a document - the so-called deputy principle.

If you select a second approval step after the first one, the invoice must first pass through the first step before the second step can finally approve the document. Further steps also follow this logic. The next steps appear in the input mask as soon as the existing ones have been filled in.

What happens to the invoices when they are approved or rejected?

When the first and only Approver releases an invoice, it ends up in the export and is ready for data transfer.

Should further approval steps follow, it is now the turn of the following Approvers

If an invoice is rejected, the document, including the reason for rejection, is returned to the processing and can be sent to the approval process again.

A release cannot be requested if: