Written by Thomas Heudecker
Updated over a week ago

If you want to request approval then you can decide how the order of approvers should be.

If you enter several people in an approval step (Figure: 1st approval step), all the people used will be assigned the invoice for approval when the request is made. The first person who then approves the invoice has acted on behalf of the others. So only one person is needed. 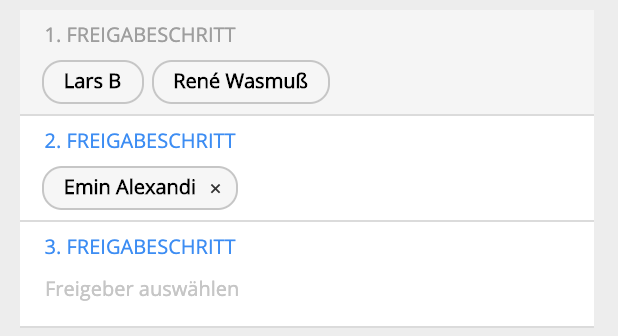 In the scenario shown above, the approval hierarchy looks like this:

Tip: If you want to speed up the process, assign an invoice to several people for each approval step. This increases the probability that an invoice can be approved immediately. The person who approves the invoice at the end is documented in the audit trail anyway.